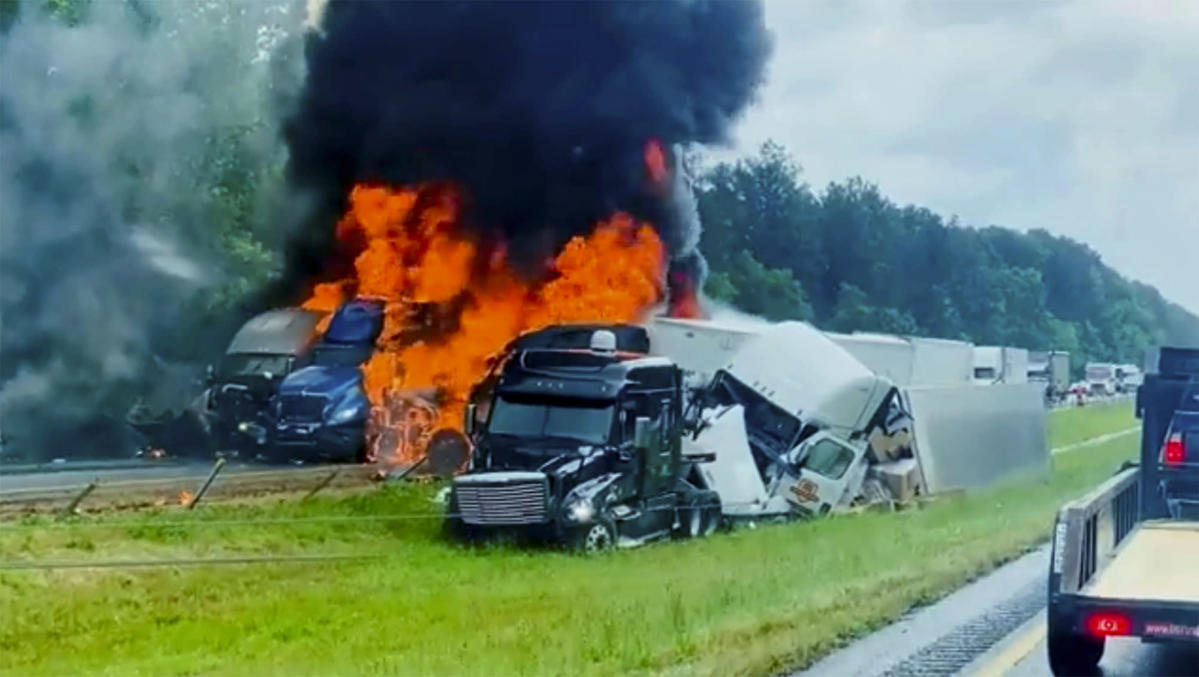 The crashes happened Wednesday afternoon in the eastbound lanes of the interstate near Friendship, Arkansas, about 50 miles (80 kilometers) southwest of Little Rock, the Arkansas Department of Transportation said.

The wrecks, which began with a two-vehicle collision that led to at least two other chain-reaction crashes, were weather-related, Arkansas State Police spokesman Bill Sadler told the Arkansas Democrat-Gazette.

The crashes shut down all lanes of busy Interstate 30, which links Little Rock to Dallas.

Arkansas State Police reported multiple fatalities Wednesday afternoon and troopers were working to account for all of the motorists involved. Sadler said Wednesday night that not everyone had been accounted for.

“Troopers are going through every vehicle to search for any evidence of deceased that may still be trapped in the wreckage,” Sadler said.

A fire was reported at one of the crash sites, police said, and video from the scene showed multiple large trucks burning.

Traffic was so paralyzed that state workers distributed snacks and water to stranded motorists about 7:30 p.m. Wednesday.

The deadly crashes happened two days after five people were killed and five others injured in a collision between a van and a large truck in southeastern Arkansas. In that crash on Monday, police have said the driver of the van apparently failed to yield when crossing U.S. 65.

This story has been updated to correct that the crash happened near Friendship, Arkansas., not Midway.