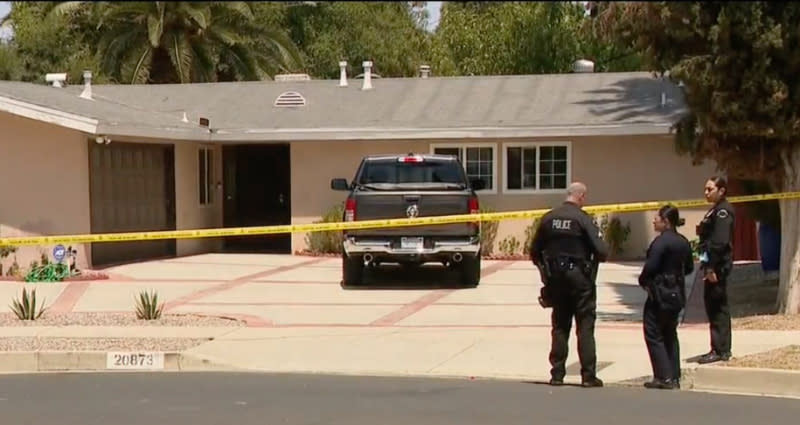 A Korean woman was found dead and “semi-charred” in her Los Angeles home in what police are investigating as a home invasion robbery.

Los Angeles Police Department (LAPD) officers responded to a report of a dead body in the 20800 block of Martha Street in Woodland Hills in Los Angeles, California, at around 7:40 p.m. on Tuesday.

They found the body of an 81-year-old woman, identified as Ok Ja Kim, on a bedroom floor with half of her body under the bed. Kim was discovered unconscious and “semi-charred,” according to police. She was pronounced dead at the scene.

Authorities reportedly found signs of forced entry at the Woodland Hills home. LAPD investigators believe someone had broken into Kim’s home to steal some of her belongings, killed her and tried to set the house on fire in the process.

“It’s generally a quiet neighborhood. [It’s] upper middle class, so a crime like this that’s violent is pretty unusual for this neighborhood,” said LAPD Detective Sharon Kim told Fox 11. “I have noticed that there is a large transient population in this neighborhood, and we’re not sure if that might be related, but that’s something we all have to be aware of when we’re coming from and going to our homes.”

Although the case is being investigated as a homicide, Kim’s cause of death has yet to be determined. Authorities are still waiting for the autopsy result.

The neighborhood is home to many elders, according to the LAPD. Detectives have witnessed a recent crime spree in the area involving people experiencing homelessness.

More from NextShark: ‘You people killed my people’: NYC parolee charged after calling Asian man slur, blaming him for ‘virus’

“As you know, the lady that lived here was Korean. I’m Korean so I can kind of speak from that cultural background. Elderly Asian women often carry large amounts of cash,” Detective Kim said.

More from NextShark: Alzheimer’s patient who says he can’t remember killing his granddaughter sentenced to prison in Japan