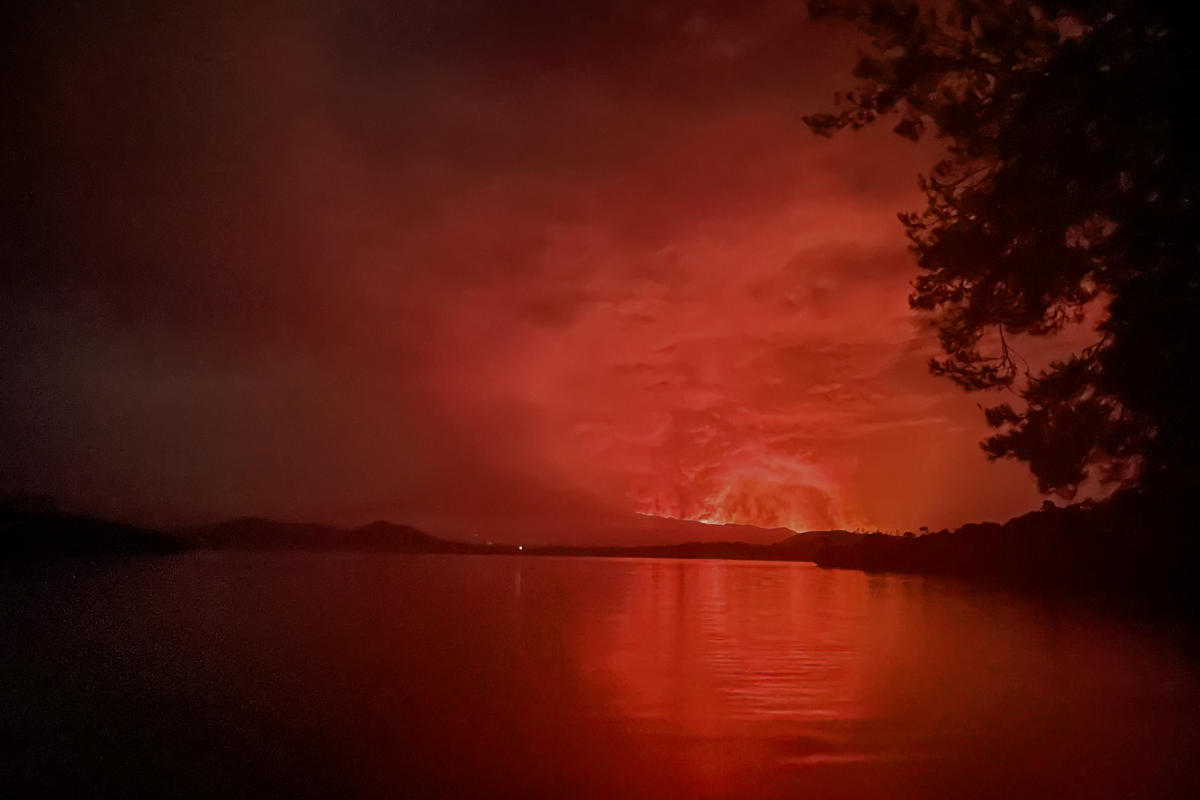 Last year, one of the most dangerous volcanoes in Africa erupted without warning.

In a way, Nyiragongo, a vertiginous volcano in Congo, is always erupting: The mountain is crowned by a rare, persistent lava lake constantly fed by churning magma below. But on May 22, 2021, its molten innards found another route to the surface. They oozed from fractures on the volcano’s flanks toward the metropolis of Goma, leading to the deaths of at least 31 people, injuring 750 others, displacing thousands more and leaving behind a trail of destruction.

Sign up for The Morning newsletter from the New York Times

Now, in a new study published Wednesday in Nature, Delphine Smittarello, a geophysicist at the European Center for Geodynamics and Seismology in Walferdange, Luxembourg, and her colleagues articulated how the eruption managed to ambush everyone.

Most sufficiently monitored volcanoes offer warning signals before erupting. Magma forcing its way through rock generates distinctive types of earthquakes, deforms the land as it ascends and unleashes noxious gases. Some volcanoes are so active that they are always creating noticeable chaos, but a distinct change in their usual, or “background,” behavior betrays their eruptive ambitions.

Not so for Nyiragongo in 2021. To any expert’s eyes, it was business as usual.

“We were not able to detect any dramatic change that could tell us that an eruption will occur,” said Smittarello, the lead author of the new study.

Her team suspects that, before the paroxysm, magma intruded below Nyiragongo’s flank. But then, it waited. Not only does immobile magma stay silent, but the molten mass was already so close to the surface that should the flank have broken apart, it would have immediately erupted without the usual precursory clamor.

And it was only a matter of time. On May 22, the flank — weakened over time by earthquakes, and jostled and seared by incursions of magma — yielded. For six hours, the volcano wept from its freshly opened wounds.

This sort of unannounced eruption offers scientists a harsh lesson: For every paradigm-shifting secret they extract from their mountainous subjects, “there are always things that we don’t understand,” said Emily Montgomery-Brown, a geophysicist at the U.S. Geological Survey’s Cascades Volcano Observatory who was not involved in the study. “It’s a good reminder not to get cocky.”

With its unusually fluid, fast-moving lava and its ability to suffuse suffocating carbon dioxide gas into its surroundings, Nyiragongo is an extraordinarily perilous volcano that frequently endangers Goma, in Congo, and Gisenyi, a contiguous Rwandan city.

Nyiragongo’s flank eruptions in 1977 and 2002 killed hundreds, but both were preceded by signs that magma was about to invade the surface: large earthquakes, strange lava lake convulsions and the eruption of the nearby Nyamulagira volcano, the subterranean magmatic pathways of which are partially entwined with Nyiragongo’s.

Since 2015, a new seismic array has been established in the region to listen to Nyiragongo’s magmatic music. Partly thanks to its endlessly bubbling lava lake, its soundtrack is as interminable as it is loud. Trying to pick out unusual changes from the cacophony is akin to identifying a new voice in a gigantic crowd of people talking — not impossible, but extremely difficult.

Although the Goma Volcano Observatory has been beset with myriad political, technical and financial troubles in recent years, its staff and its global partners managed to monitor the volcano around the time of the eruption. And as far as they could tell, no precursory signals were detected before the 2021 outburst.

To be sure nothing had slipped below their radar, local and international scientists scrutinized the scientific data they gathered at the time, and their concerns were confirmed: Nyiragongo had exhibited no peculiar seismic activity. Its lava lake had not acted up. Its belching had been par for the course, and it had not significantly changed shape.

Even the most state-of-the-art observatory would not have seen this conflagration coming.

“This is a strange volcano,” said Benoît Smets, a geohazards expert at the Royal Museum for Central Africa in Tervuren, Belgium, and a co-author of the study. Using traditional monitoring methods on Nyiragongo means that “you will not be able to detect such kinds of eruptions.” And that makes this volcano even more dangerous than previously thought.

Nyiragongo’s stealthy capabilities are not unique. Other volcanoes can let their lava loose from rifting landscapes relatively quietly, while others unleash unexpected blasts of steam. The hope is that by studying these eccentric eruptions, one day — aided by improved technological wizardry — some lifesaving precursors will be spotted.