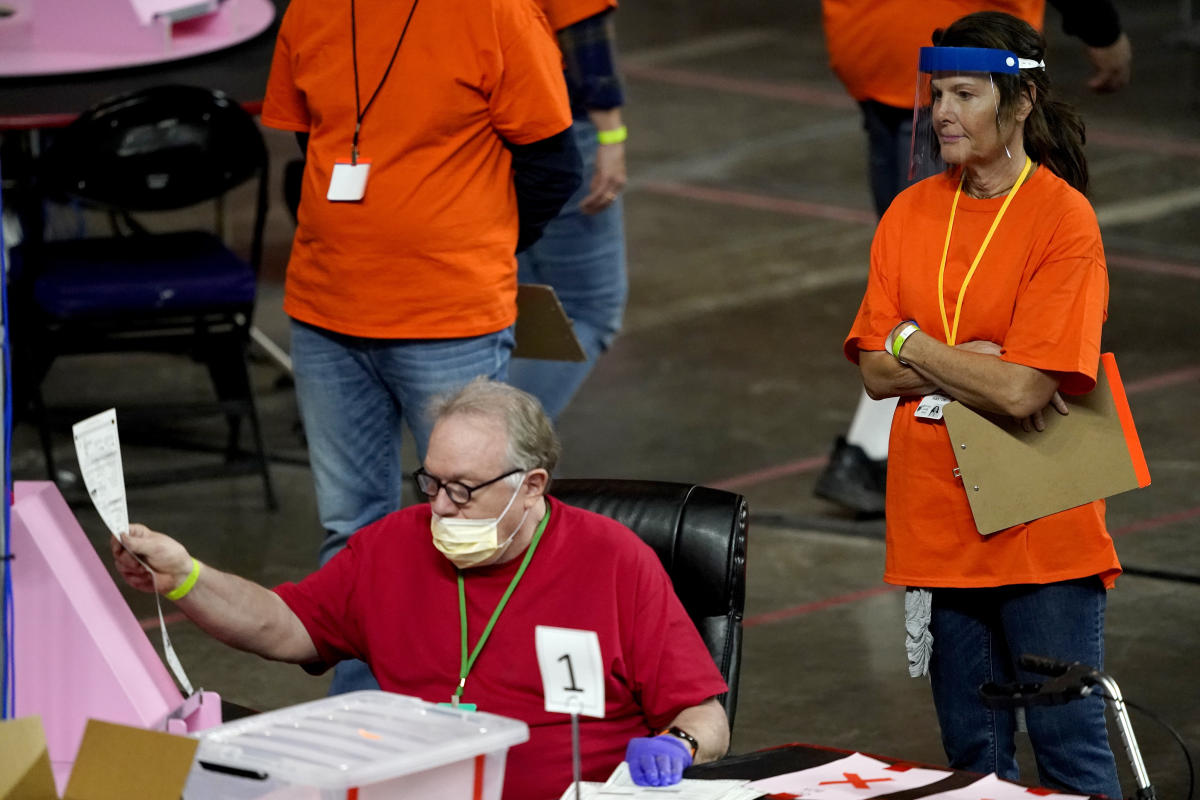 PHOENIX (AP) — The Republican candidates for Arizona governor and secretary of state on Wednesday appealed a federal judge’s ruling that threw out a lawsuit they filed seeking to require the hand-counting of ballots in November’s election.

The pair sued in April, repeating unfounded allegations that vote-counting machines are not secure. Named in the lawsuit is Secretary of State Katie Hobbs, the state’s top election official and the Democratic candidate for governor, and the majority Republican Maricopa County board of supervisors

U.S. District Judge John Tuchi dismissed their lawsuit late last month, saying they lacked the right to to sue because they failed to show any realistic likelihood of harm. He also noted that their lawsuit must be brought in state, not federal, court and that it is too close to the election to upend the process.

“The 2022 Midterm Elections are set to take place on November 8,” Tuchi wrote in is ruling. “In the meantime, Plaintiffs request a complete overhaul of Arizona’s election procedures.”

Lake and Finchem won their GOP primaries after aggressively promoting the narrative that the 2020 election was marred by fraud or widespread irregularities.

Their lawsuit relied in part on testimony from Donald Trump supporters who led a discredited review of the election in Maricopa County, including Doug Logan, the CEO of Cyber Ninjas, who oversaw the effort described by supporters as a “forensic audit.”

Finchem did not immediately respond to a request for comment. Lake’s campaign attorney, Timothy La Sota, said the appeal was needed.

“We are appealing because it is absolutely critical that we have a vote counting process that gives the public complete confidence in the process,” La Sota said in a statement.

Federal and state election officials and Trump’s own attorney general have said there is no credible evidence the 2020 election was tainted. Trump’s allegations of fraud were also roundly rejected by courts, including by judges he appointed. A hand recount led by Cyber Ninjas in Maricopa County found no proof of a stolen election and concluded President Joe Biden’s margin of victory was larger than the official count.

Election administrators testified that hand counting dozens of races on millions of Arizona ballots would require an extraordinary amount of time, space and manpower, and would be less accurate. They said extensive reviews have confirmed that vote-counting machines in Maricopa County are accurate, not connected to the internet and haven’t been hacked.