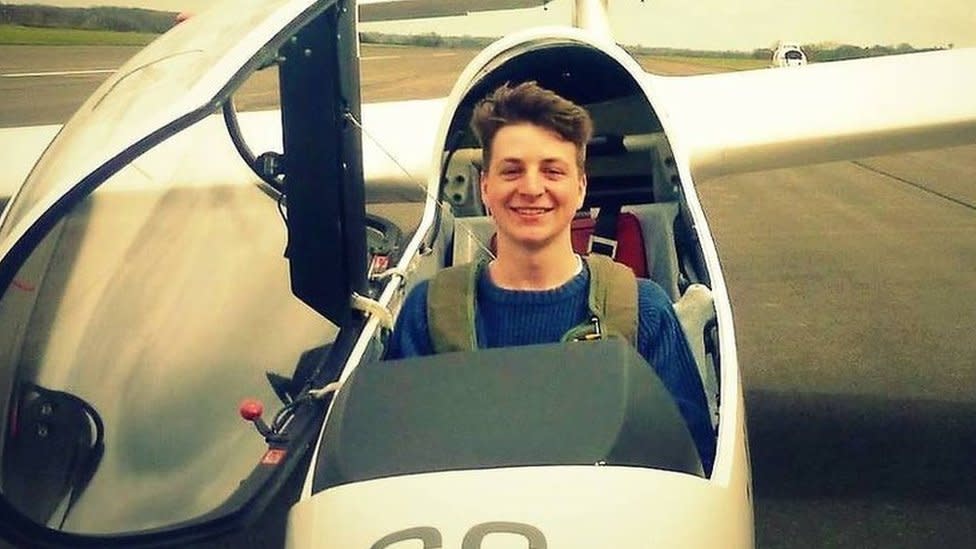 A D-day veteran’s legacy is helping to fund an engineering student’s ambition to work in some of the most isolated and hostile environments in the world.

Matthew Veale, 26, from Swindon, is the first student to be sponsored by the Mission Aviation Fellowship [MAF].

Mr Veale’s funding has been provided in memory of D-day landing veteran Stuart King, who died during the pandemic.

Matthew first found out about the work of the non-governmental organisation at primary school and became determined to be part of the humanitarian air service.

“I remember hearing a talk by a trainee MAF pilot in a school assembly,” he explained.

“It was a real wow moment and I was sold by an organisation which could combine my love of aviation and my Christian faith.

“It was a real standout day and it has determined the rest of my life.”

Matthew is one of the first students to be accepted for a new engineer training scheme sponsored by Mission Aviation Fellowship.

The scheme is funded in part by donations made in memory of the charity’s co-founder, former RAF Engineering Officer Mr King.

Mr King launched MAF in Central Africa in a bid to bring peace in the aftermath of World War Two using a wooden Miles Gemini aircraft.

Matthew enrolled with MAF in June 2021 to begin his five-year journey to becoming a MAF aircraft engineer.

He joined students on his course who were seeking a lucrative career working for big airline companies, some of whom are surprised by his ultimate dream to work in isolated and challenging places.

“Money can be a highly motivating factor in the aviation industry but for me there is a deeper meaning to what aircraft can do, which I feel really drawn to,” said Matthew.

He plans to begin his practical career in Uganda at MAF’s maintenance base in 2027 and work with the charity’s programme in the Asia Pacific region.