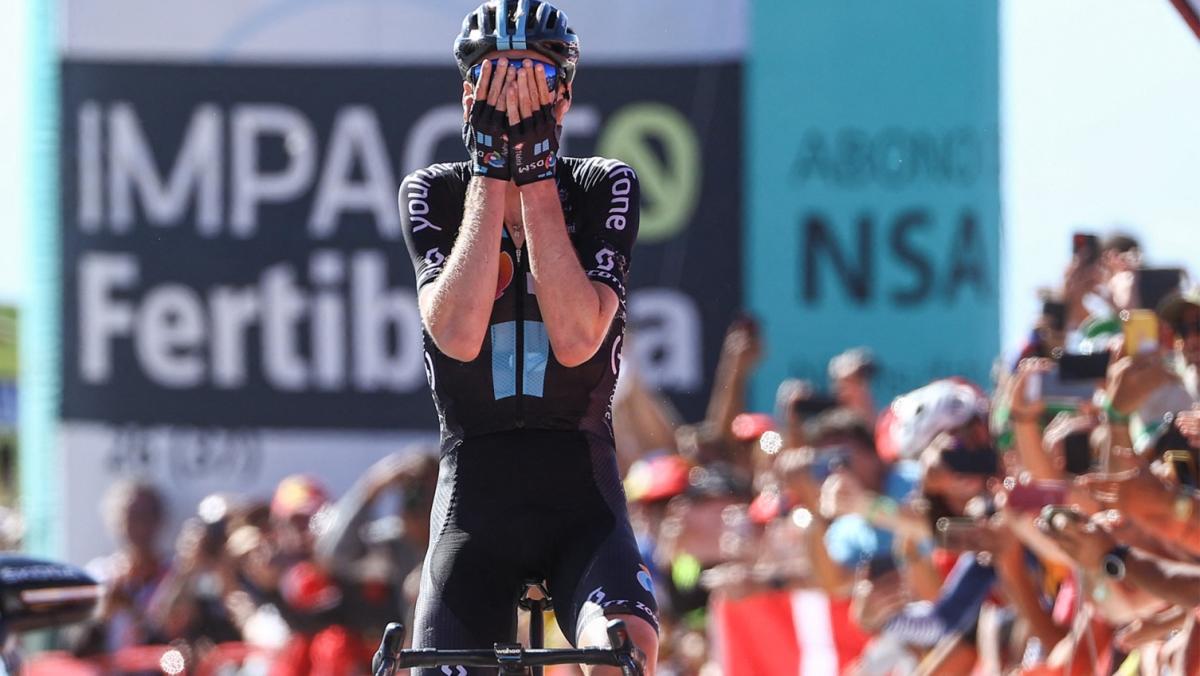 Evenepoel, who was injured after a crash on Thursday, fended off another challenge by three-time champion Primoz Roglic to keep the leader’s red jersey and a considerable gap to his main challengers.

Roglic made a late attack on the final climb of the 15th stage but could only cut 15 seconds from Evenepoel’s overall lead.

“It’s hard to believe, it really has to sink in,” said Arensman, a Dutch rider from team DSM. “I can’t believe it on the queen stage of the Vuelta. Everybody was talking about this stage. To be honest, I didn’t feel super good during the stage but apparently the others felt the legs even more.”

Roglic, seeking an unprecedented fourth straight Vuelta title with Jumbo-Visma, was fifth in the stage, moving within 1 minute, 34 seconds of Evenepoel overall. Mas also made up time entering the final week of the last Grand Tour race of the year.

“It’s actually my first time finishing so high, so I think I did quite well,” said Evenepoel, the Belgian rider from Quick-Step Alpha Vinyl. “I felt a bit stiff from the crash, but it’s getting better every day. So, I’m really happy that it’s a rest day tomorrow and I actually lost almost nothing. A good day for us. With the crash it was not so easy to handle, but the third week is a bit of another story. The climbs are not super super hard anymore.”

Riders have a rest day on Monday before a flat 16th stage that should allow the overall leaders to comfortably stay at the top.