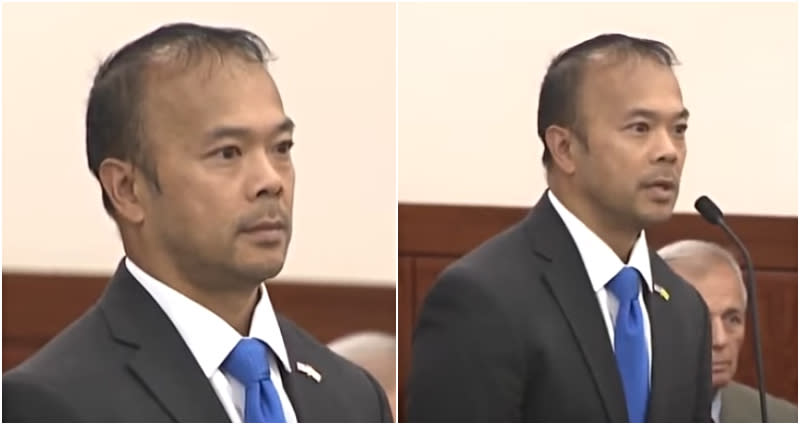 Former Massachusetts State Sen. Dean Tran has pleaded not guilty to several charges in connection with an alleged gun theft incident in 2019, adding that the timing of the charges was politically and racially motivated.

Tran, the Republican candidate running against Democratic U.S. Rep. Lori Trahan for the state’s 3rd Congressional District, was indicted on July 1 on charges including larceny of a firearm, larceny over $250 from a person over 60 or disabled, filing an application for a license to carry containing false information, obtaining a signature by false pretenses with intent to defraud, misleading a police investigation and stealing by confining or putting in fear, according to MassLive.

The charges stem from an incident in June 2019, when Tran allegedly intimidated an elderly constituent into giving up her husband’s firearms.

Tran allegedly coerced the woman to sign a pre-prepared contract and consequently gave her $1,500 in exchange for at least eight guns.

The woman reportedly asked Tran to return the weapons the next day. Tran complied but allegedly returned a day later, forcing his way into her home, demanding the keys to her gun safe and stealing a Colt .45.

Investigators alleged that Tran then provided conflicting stories about the incident, such as denying any firearm sale before producing a contract related to the weapons later. Additionally, he is accused of falsifying statements in his license-to-carry renewal application in May 2019, according to CBS Boston.

Tran pleaded “absolutely not guilty” to each charge on Thursday. A day earlier, he filed a lawsuit against Attorney General Maura Healey — who supports fellow Democrat Trahan — saying the timing of the charges was politically motivated and that he is being attacked for being Asian American.

“This politically motivated attack on my reputation, my family and my campaign is an attack on all marginalized groups,” Tran said in a statement. “I will not allow Maura Healey or the status quo to continue to suppress and oppress the voice of the Asian American community.”

He added, “Let me be clear, they will not force me out of my race. I pledge myself, here and now, to an unending fight against this unconscionable abuse and oppression until proper respect and regard for our criminal justice system is restored.”

Tran previously battled another controversy. In 2020, he was stripped of his Senate leadership role and barred from interacting with his staff after the Ethics Committee found that he made them campaign for his 2018 and 2020 re-elections during regular business hours.