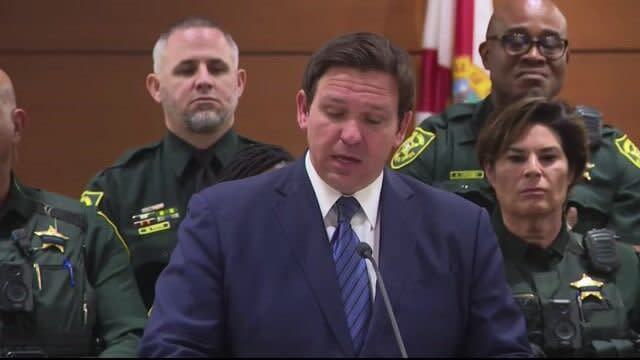 Florida Governor Ron DeSantis held a presser in a courthouse to announce that the state’s new Office of Election Crimes and Security, which began on July 1, has discovered 20 instance of voter fraud. DeSantis says the 20 individuals will be charged and arrested for their crimes. The state of Florida will continue to monitor voter fraud in the upcoming election as well as review the 2020 election results.

DESANTIS: The State of Florida has charged and is in the process of arresting 20 individuals across the state for voter fraud. Now, the majority of these people illegally voted in Palm Beach, Broward, and Miami-Dade. Although there are others and other parts of the state. These folks voted illegally in this case and there’s going to be other other grounds for other prosecution’s in the future. They are disqualified from voting because they’ve been convicted of either murder or sexual assault and they do not have the right to vote.