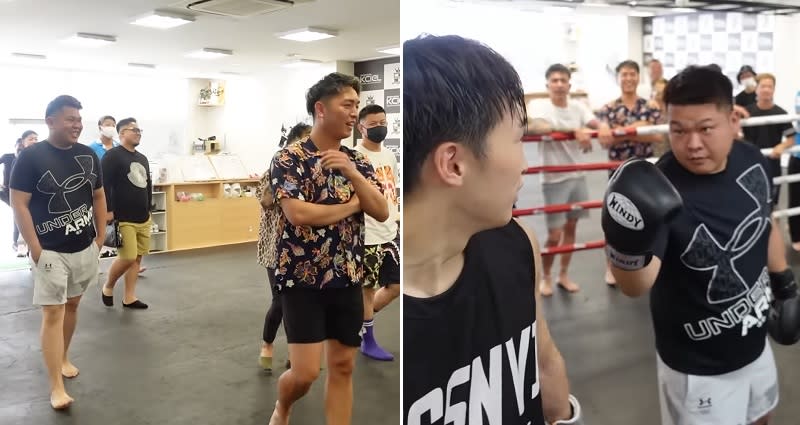 Footage of Japanese kickboxer Rukiya “Demolition Man” Anpo recently went viral for showing him beating up uninvited fighters who interrupted a training session – or did they really?

A video of the fight shows a group of “street fighters” seemingly barging into the gym where Anpo, 26, and fellow Japanese kickboxer Kosei Yamada, 29, were training. Several social media posts claimed that the “street fighters” challenged them to a fight.

The clip – shared on platforms such as Twitter,YouTube and World Star – then shows one of the men stepping into the ring to fight Anpo, a former K-1 Super Lightweight Champion, and getting beaten up and bloodied in the process.

After the defeat, another man can be seen stepping in to fight with Anpo.

A couple of “street fighters” interrupted the sparring session between Rukiya Anpo & Kosei Yamada and challenged the former K-1 Super Lightweight Champion to a fight. pic.twitter.com/xpXdSu1pPg

A tweet posted by user @Beyond_Kick with a video of the fight has received over 624,000 views, while a similar post on World Star has amassed over 116,690 views as of writing.

Some of the Twitter post’s commenters agreed that this fight taught the uninvited fighters to be humble and avoid messing with professionals, especially when they are in the middle of training.

“What were these clowns thinking especially the first one,” one Twitter user wrote.

More from NextShark: Woman Discovers Her Son’s Bride is Her Long Lost Daughter

“Now they will either gain some humility or take out their frustration on some unsuspecting guy waiting for the bus,” another said.

“They were invited there as part of a YouTube video and Rukiya took them out to a Japanese BBQ restaurant afterward and drank and chat with them,” the Twitter user wrote. “They’re all good guys playing it up for a video.”

More from NextShark: Jerry Lawler says his Akira Tozawa joke was not racist, got him banned from WWE

They were invited there as part of a YouTube video and Rukiya took them out to a Japanese BBQ restaurant afterwards and drank/chat with them. They’re all good guys playing it up for a video.

The fight was featured in a two-part video series posted by Anpo on YouTube on Aug. 2 and on Aug. 6.

In October 2021, Anpo made headlines forbeating up a “kung fu master” who called out the Japanese kickboxer.