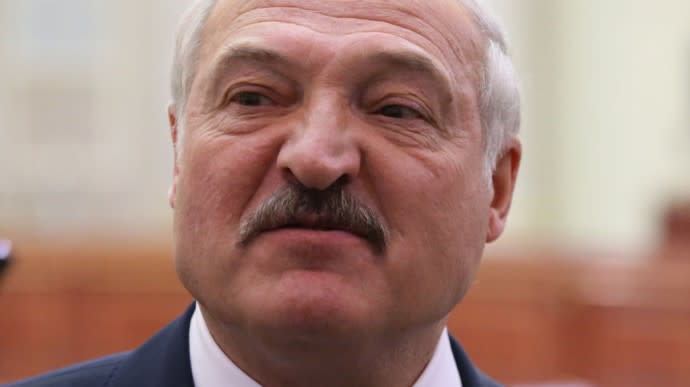 Alexander Lukashenko, the self-proclaimed President of Belarus, has suggested that Belarusian troops may have to fight for the west of Ukraine so that it is “not chopped off by the West.”

He stated this on Friday, European Pravda reports, citing on Zerkalo.io.

According to Lukashenko, Belarus is an “object of pressure” for the West, chiefly for geopolitical reasons.

“They (the West) have not yet abandoned the goal of aligning the front so that it passes from Smolensk-Pskov, Smolensk-Bryansk-Kursk and from there to Rostov. They need to align the front. And we are this thousand-kilometre balcony, so it must be cut off”, assumes Lukashenko.

Lukashenko added that “they (the West) will not stop there.”

“They will come from Western Ukraine or somewhere else. Maybe we will have to fight for Western Ukraine so that it is not chopped off. Because this is death for us, not only for Ukrainians. Terrible processes are under way,” the self-proclaimed president added.

Also on Friday, Lukashenko called on Belarusian officials to draw conclusions from the post-election protests of 2020 and prevent a repeat of the Ukrainian scenario.

The Belarusian authorities have announced that the military exercises on the border with Ukraine and Western countries will continue. In addition, self-proclaimed President Alexander Lukashenko has made a number of disturbing statements: about the creation of an operational command for troops on the border with Ukraine, the purchase of Russian S-400s and Iskanders, and even the creation of a “people’s militia.“

European Pravda spoke with Belarusian military and political commentator Yahor Lebiadko about the reasons behind such statements and the conditions under which Belarus might send troops to Ukraine.

To listen to the full version of the conversation, visit European Pravda’s YouTube channel, or see the article “The threat from the north: what is behind the military preparations in Belarus.”