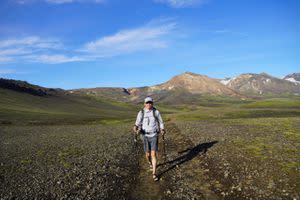 An avid hiker from Andover lost his life Saturday during a climb on Mt. Washington. He succumbed to severe hypothermia, even after rescuers reached him on the Gulfside Trail facing howling winds, driving rain and snow.

“It was 50-60 sustained, with gusts up over 80,” said Lt. Bob Mancini Jr., of the New Hampshire Fish and Wildlife Department.

Those conditions are not normal for June, but not unexpected on Mt. Washington, which has a reputation for severe weather year-round.

“Mt. Washington is historically known to be one of the worst weather locations in the entire world,” said Lt. Mancini.

The victim, Xi Chen, 53 years old, was an experienced hiker and had reservations for the Lakes of the Cloud Hut at the top, according to his wife.

All day, the weather kept getting worse.

Boston 25 obtained the last string of texts messages to his wife. She declined to speak on camera. One of the first texts shows Chin was getting worried.

“A bit concerned hyperthermia. Keep an eye on my location.”

Just before 4:30, he sent his intended destination.

“Mt. Washington or the lake in Cloud hut.”

‘It’ll get dark early with the weather. Let me know when u get there.’

Not long after, another ominous text:

“If I stop moving then in trouble.”

“When will I get there if you take a guess.”

This was one of his final messages:

Rescuers were busy on other calls. At least half a dozen other rescues took place due to the weather. It took time, but they finally got to Chen.

“At all times, Mr. Chen was unresponsive,” said Lt. Mancini.

He says they carried him over a mile to the summit, where a truck was waiting. They drove to the base to meet an ambulance. That was seven hours after the initial 911 call. Chen was taken to a local hospital but did not survive.