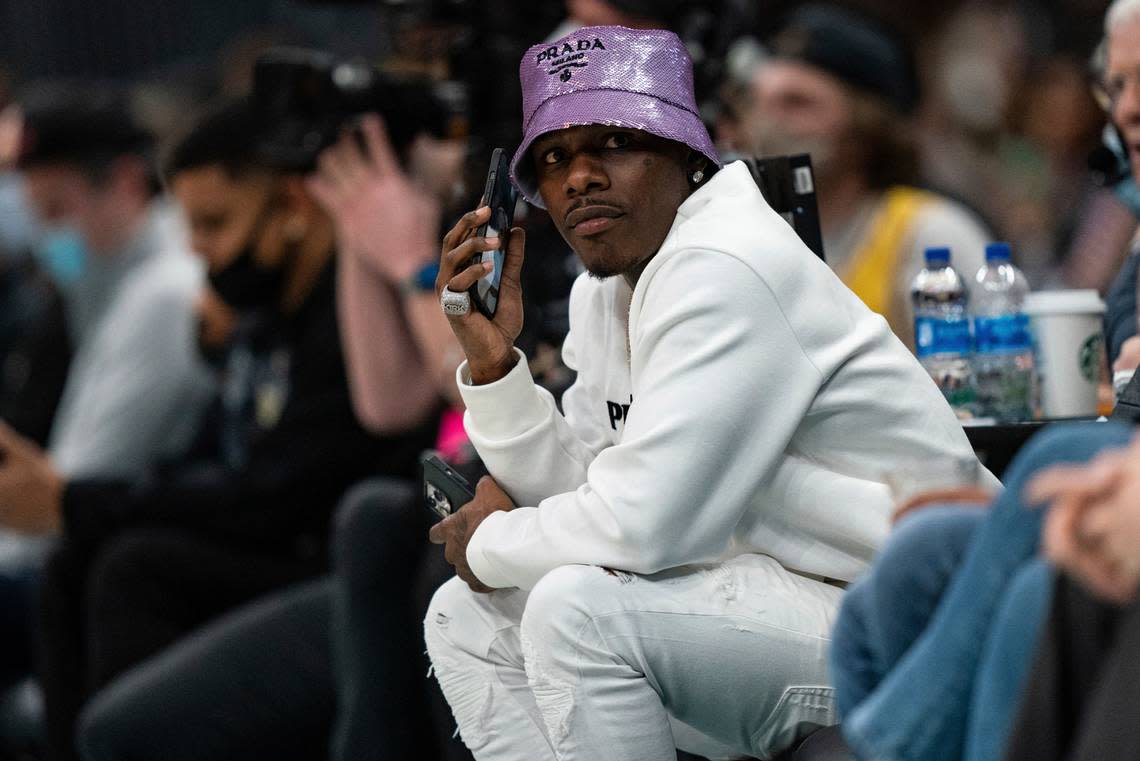 With gun violence on the rise in his hometown and across the country, Charlotte rapper DaBaby says kids should find “more positive ways” to spend their time.

“If they do that, everything else will follow suit,” he told reporters on Wednesday, days before a concert and free carnival in Charlotte. “Whether it’s sports or if you like doing music, do whatever you want to do.”

DaBaby, who’s real name is Jonathan Kirk, has been the subject of police investigations, including the 2018 fatal shooting of a teenager in a Huntersville Walmart, The Charlotte Observer has previously reported.

He is scheduled to perform at QC Sound Stage at 7 p.m. Saturday. A free carnival will be held in the venue’s parking lot from 9 a.m. to 2 p.m. The “Suge” rapper told reporters that the carnival is meant to give children something to do while on summer break.

“We just wanted to do something to get them kids’ energy out before the concert later that night,” he said.

DaBaby said he plans to help fund an athletic facility and sports team in Charlotte for kids one day, according to WCNC.

“Me and the city are turning a new leaf,” he said. “The government officials now understand I bring more to the table than just music.”

DaBaby advised all citizens to learn about gun laws, and he said there should be more measures to prevent school shootings, according to WCNC.

“School, that ain’t no place for a gun at all, by nobody,” he said. “Implementing something like … a buffer, whether it’s metal detectors or what. The same way you get searched at the airport, it needs to be like that to walk into a school.”

The Grammy-nominated rapper fatally shot 19-year-old Jaylin Craig at a Walmart in Huntersville in 2018, but he was never charged because he claimed self-defense, the Observer previously reported. Surveillance video from the Walmart released in April showed an altercation between DaBaby and Craig’s friend Henry Douglas led to the shooting.

A person was shot in the leg while trespassing at DaBaby’s Troutman compound in April. Police have not identified who shot the intruder, but they said no criminal charges would be filed against anyone involved in the incident.