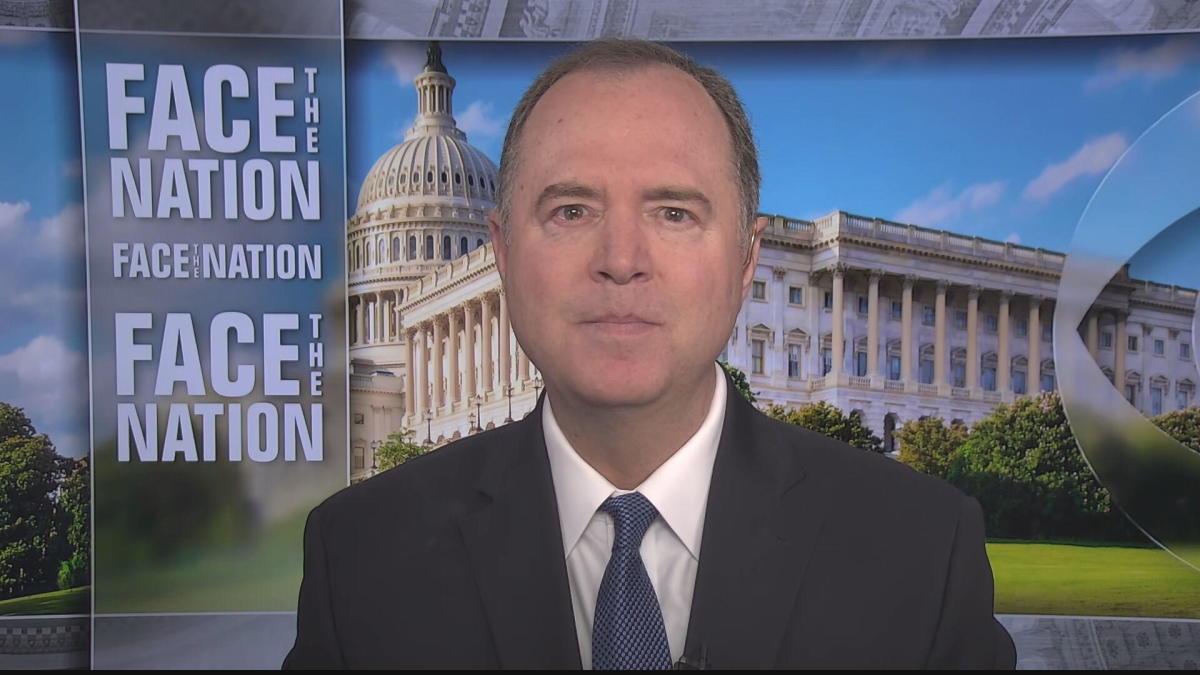 Washington — Democratic Rep. Adam Schiff, head of the House Intelligence Committee, said Sunday that he has not seen evidence that former President Donald Trump declassified documents that were found by the FBI during a search of his South Florida residence, Mar-a-Lago, last week.

“We should determine, you know, whether there was any effort during the presidency to go through the process of declassification,” Schiff said in an interview on “Face the Nation.” “I’ve seen no evidence of that, nor have they presented any evidence of that.”

After the FBI executed a search warrant at Trump’s residence, prompting outrage from the former president and his Republican allies, a federal magistrate judge in Florida unsealed Friday the warrant and list of items it seized in the search.

According to the records made public, the FBI took 11 sets of classified documents, some of which were designated top secret, secret and confidential, as well as TS/SCI, or top secret/sensitive compartmented information.

The former president’s attorneys did not object to the release of the search warrant and related documents, and he claimed all the records seized during the search had been declassified while he was still in office.

While a sitting president has broad declassification authority, Schiff noted that does not extend to a former president and called it “absurd” for Trump to claim he retroactively declassified the documents he took to Mar-a-Lago.

He also noted the statutes the Justice Department said in the warrant it is investigating Trump for possibly violating do not require information to be classified.

“If they would be damaging to national security, it’s a problem. It’s a major problem,” the California Democrat said.

Schiff also said it’s a “serious problem” if Trump’s attorneys certified to the Justice Department that all classified information was retrieved when the National Archives and Records Administration obtained 15 boxes from Mar-a-Lago in mid-January, but did not turn over all classified or national security information. Some of the boxes the National Archives retrieved contained classified material and the agency requested the Justice Department investigate Trump’s handling of White House records.

“I can tell you anyone in the intelligence community that had documents like that marked top secret/SCI, in their residence after authorities went to them, you know, they would be under serious investigation,” he said.

Schiff and Rep. Carolyn Maloney, head of the House Oversight and Reform Committee, requested Director of National Intelligence Avril Haines conduct a briefing and damage assessment, which he said is routine when there has been a disclosure of classified information.

“What is, to me, most disturbing here is the degree to which at least from the public reporting, it appears to be willful, on the president’s part, the keeping of these documents after the government was requesting them back,” he said. “And that adds another layer of concern.”

Open: This is “Face the Nation with Margaret Brennan,” August 14