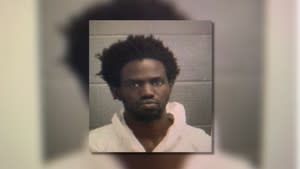 A Griffin man is now behind bars after he shot his father and killed a woman, Griffin Police said.

Just before 3:00 a.m. on Thursday, officers were called to the Vineyard Village Apartments on Highway 16 about a person with a gunshot wound.

James Riley Williams, 53, had multiple gunshot wounds to his stomach.

The second victim, Lisa Blanton, 52, was pronounced dead at the scene.

According to officials, Williams IV was in possession of marijuana and a handgun during the time of the incident.

The 26-year-old was arrested and booked into the Griffin Police Jail. He is facing malice murder and weapon charges.

The father was taken to a local hospital, where police said he is stable.

Officials said the incident appears to be domestic-related. It’s unclear what the relationship was between Williams and Blanton.

The investigation is ongoing.