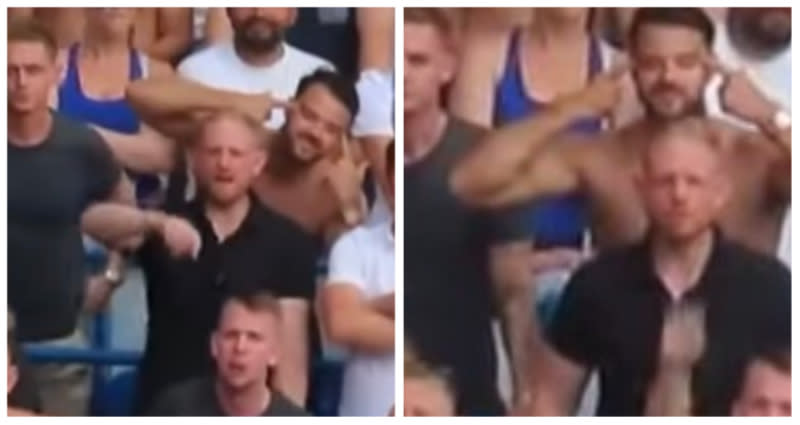 The Metropolitan police in Chelsea, London, are investigating a soccer fan who was seen making a racist gesture toward Tottenham Spurs’ South Korean player Son Heung-min at Sunday’s Premier League.

Footage posted to Twitter of the match against Chelsea F.C. in Stamford Bridge on Sunday shows a Chelsea fan in the corner of the Shed End pulling up the corners of his eyes after Son went to take a corner kick during the second half of the match.

A corner kick is when a player restarts a play after the ball goes out of bounds and over the goal line without getting a score.

Chelsea F.C. released a statement saying that they are aware of the incident and are currently investigating.

“Chelsea FC has consistently made its zero tolerance position on discriminatory behaviour very clear, yet there are still idiots like this that attach themselves to this club as so-called ‘fans’, [sic] which shames Chelsea FC, our coaches, players, staff and our true supporters,” the statement read. “We are investigating this incident and, if identified, this individual will face the strongest action from the club.”

A man has reportedly been identified and interviewed at a south London police department on Wednesday, but he was not arrested due to a lack of an official complaint.

Son has previously spoken out about the racial abuse he received when he was a teenage soccer player in Germany. He said he “faced a lot of racism” and was able to exact revenge by defeating Germany in the 2018 World Cup.

“When people cry, I’d [usually] want to comfort them and give them a hug. But watching German people cry, [I felt] I was able to take revenge by doing something I like,” Son told reporters in July.

More from NextShark: Chinese student loses NFT worth $548,000 after clicking on a scam link

More from NextShark: Republican Congressman Defends Calling it ‘Chinese Coronavirus’ Despite WHO and CDC Saying Stop