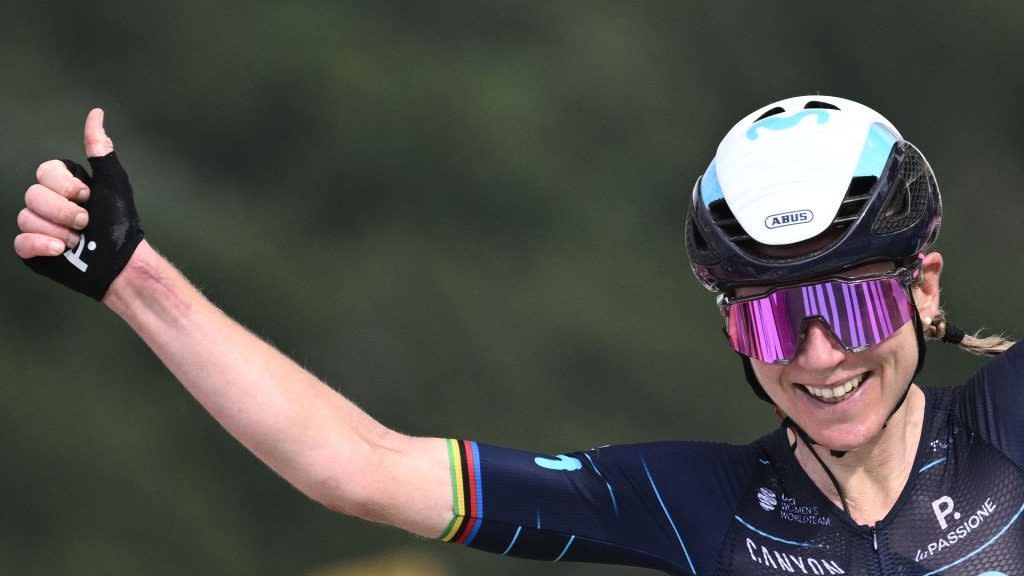 Just days ago, Dutch cyclist Annemiek van Vleuten was so ill that she couldn’t eat or drink. The two-time Olympic medalist, who entered the historic 2022 Women’s Tour de France as the favorite, began feeling sick just hours after the first day of racing in Paris and struggled mightily in the early stages.

“I felt empty,” van Vleuten said on Tuesday after getting dropped multiple times during the third stage of the Tour de France Femmes.

Van Vleuten turned that all around on Saturday, putting on a dominant performance to win stage seven and take hold of the yellow jersey heading into the eighth and final stage on Sunday.

“It has been such a rollercoaster after being sick,” van Vleuten told Eurosport. “So to win like this is unbelievable. I had to try because I had lost some time. My style is always attacking, not to wait. I wanted to make the big time gaps which meant going on the first climb.”

After winning Friday’s stage and maintaining the yellow jersey for five straight days, Marianne Vos (Team Jumbo Visma) struggled with Saturday’s race through the mountains, finishing 24 minutes behind van Vleuten. Vos, considered the greatest cyclist of all time and one of the loudest advocates for the return of a women’s Tour de France, still has control of the green jersey (points classification) heading into Sunday.

You can watch a replay of stage seven of the 2022 Women’s Tour de France via Peacock. A full schedule and viewing guide for the inaugural Tour de France Femmes can be found here.