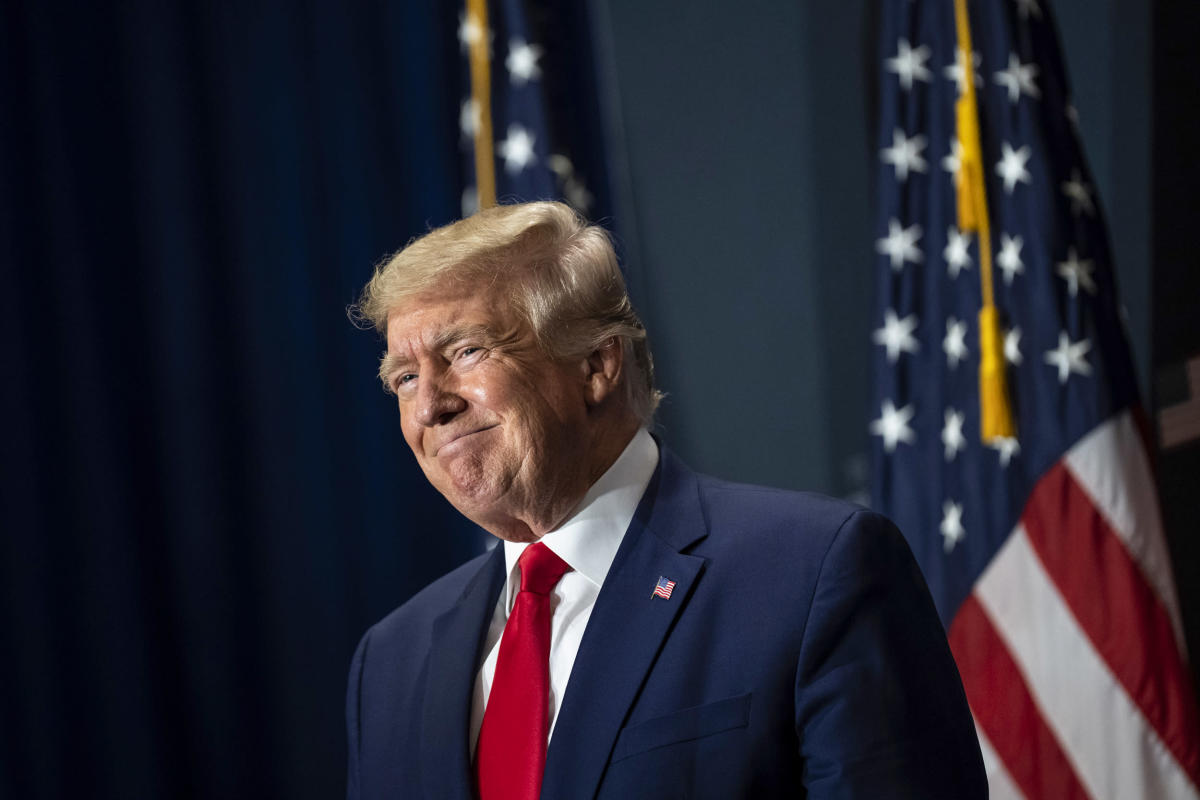 Former President Donald Trump injected some last-minute confusion ahead of Missouri’s Senate primary on Tuesday by endorsing “ERIC” in a Monday night statement.

“I trust the Great People of Missouri, on this one, to make up their own minds, much as they did when they gave me landslide victories in the 2016 and 2020 Elections, and I am therefore proud to announce that ERIC has my Complete and Total Endorsement!” Trump said in a statement after emphasizing voters “must send a MAGA Champion and True Warrior to the U.S. Senate, someone who will fight for Border Security, Election Integrity, our Military and Great Veterans, together with having a powerful toughness on Crime and the Border.”

When reached for comment, Trump’s team did not provide any clarity, saying only that the “endorsement speaks for itself.”

Allies of Greitens and Schmitt separately argued that their candidate was the true recipient of the endorsement, or that the other guy wasn’t MAGA enough to win Trump’s approval.

One Trump adviser said the internal bickering demonstrated the former president’s enduring power and influence in the party.

“Instead of talking about Missouri, the Erics are debating what Trump’s endorsement means,” said the adviser. “Yes, it’s an epic troll.”

By not endorsing Greitens, though, Trump could have sealed his defeat.

“A Trump endorsement is a wild card Greitens needs. And if he doesn’t get it, it’s hard to see how he wins,” said John Lamping, a Republican and former state senator from Missouri.

Schmitt has led Greitens in most public polls, reaching about 30 percent support in the crowded GOP field, as Greitens tends to top out at 25 percent. Rep. Vicky Hartzler has statistically tied for second with Greitens in those surveys.

Greitens started to stumble after a withering assault of radio and TV ads from political committees financed by GOP establishment figures who savaged the former governor for his sex scandal, the domestic violence allegations and a trade mission he took to China.

For months, Trump had considered endorsing Greitens but privately fretted to confidants that he was concerned about the sex scandal that helped drive Greitens from office in 2018. And he was troubled by allegations earlier this year from the former governor’s ex-wife that he physically abused her and their 3-year-old son. Greitens campaign manager Dylan Johnson at the time called the allegations “politically motivated” and “outright lies.”

Amid a recent lobbying campaign from Donald Trump Jr. and his fiancee Kimberly Guilfoyle — who co-chairs Greitens’ Senate campaign — some Trump-watchers started to believe the former president would give Greitens the nod.

But Schmitt also had Trump allies in his corner, namely former Florida Attorney General Pam Bondi, who was part of Trump’s defense team for his first impeachment trial.

Trump’s mood toward Schmitt’s campaign appeared to sour on Sunday when he began grousing on his Truth Social website that Schmitt’s pollster, Jeff Roe, had released a survey of Missouri Republicans that failed to show Trump’s dominance in a hypothetical 2024 presidential primary, particularly against Florida Gov. Ron DeSantis. Trump won Missouri by more than 15 percentage points in 2020.

Meanwhile, independent John Wood, a Republican and a former investigator for the House committee investigating the Jan. 6 riot, said Monday that he submitted enough signatures to qualify for the ballot in the general election.