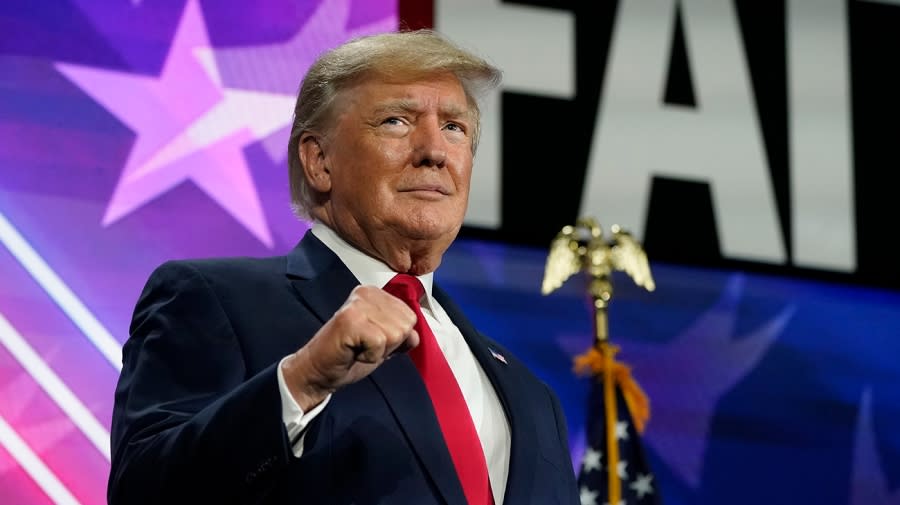 Former President Trump on Monday cast the Pulitzer Prize board’s rejection of his demand to revoke awards given to The New York Times and The Washington Post as “running cover” for “the biggest reporting failure in modern history.”

The board earlier Monday said it would not fulfill multiple requests by Trump to rescind awards to the staff of the two newspapers in 2018 for reporting on Russian interference in the 2016 presidential election because it saw no reason to do so.

“The Pulitzer Board has taken away any shred of credibility it had left with its ‘response’ regarding the 2018 Pulitzer Prize for National Reporting, which was awarded to The New York Times and The Washington Post for blatant fake news,” Trump said in a statement.

“Instead of acting with integrity and providing transparency, the Pulitzer Board is running cover for the biggest reporting failure in modern history: the fake Russia Russia Russia collusion hoax,” he added.

Trump then suggested that the only Pulitzer the two newspapers should be awarded was if a new category called “disinformation” was created.

“The truth is that the 2018 Pulitzer Prize was handed out for reporting that merely parroted political disinformation—disinformation that we know was fabricated by foreign operatives and my political opponents,” Trump said.

“If the Pulitzer Prize has become a blatant acknowledgement of false, liberal political propaganda, then the Pulitzer Board should just say so,” he added.

The board said it conducted a review and found no reason to revoke the news outlets’ rewards.

“The separate reviews converged in their conclusions: that no passages or headlines, contentions or assertions in any of the winning submissions were discredited by facts that emerged subsequent to the conferral of the prizes,” the board said in its statement, adding, “The 2018 Pulitzer Prizes in National Reporting stand.”

Trump said that he would “continue doing everything possible to right the wrong caused by the 2018 Pulitzer Prize,” adding that he would do the same when it came to the Jan. 6 committee’s investigations into his involvement in the Capitol riot.