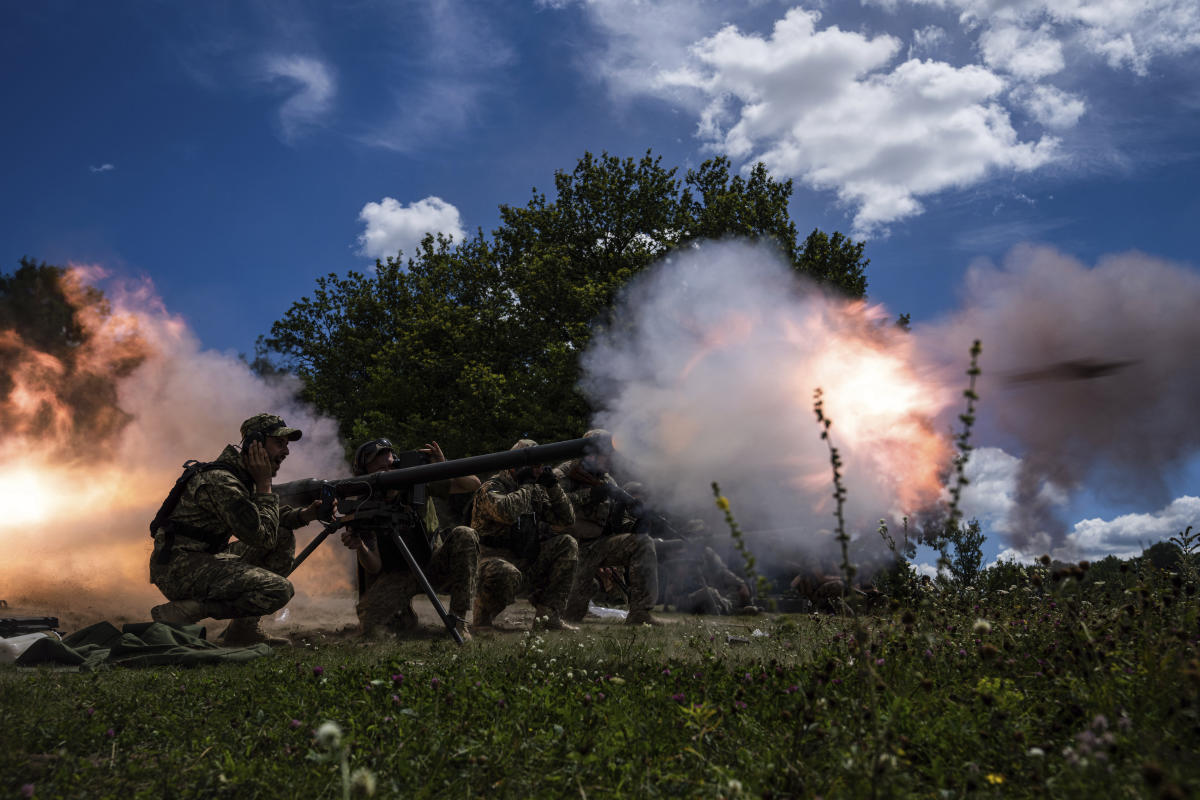 He said in remarks carried by the Interfax news agency that the bridge sustained serious damage but it wasn’t closed for traffic.

“The bridge is in poor condition now,” Stremousov said, according to Interfax. “The bridge wasn’t closed, traffic across it is still continuing, but the situation is serious.”

Stremousov said that the Ukrainian forces used the U.S.-supplied HIMARS multiple rocket launchers to strike the bridge, adding that some of them were intercepted by Russian air defenses.

Wednesday’s shelling of the Antonivskyi Bridge was the second in as many days. It was lightly damaged by Ukrainian shelling a day earlier, according to the Moscow-backed authorities in Kherson.

Early in the war, Russian troops quickly overran the Kherson region just north of the Crimean Peninsula that Russia annexed in 2014. They have faced Ukrainian counterattacks, but have largely held their ground.

The 1.4-kilometer (0.9-mile) bridge is the main one across the Dnieper River, and if it’s made unusable it would be hard for the Russian military to keep supplying its forces in the region amid repeated Ukrainian attacks.

The British Defense Ministry said Wednesday that the bridge was likely still usable after the Ukrainian strikes, but it is a “key vulnerability for Russian Forces.”

“It is one of only two road crossing points over the Dnieper by which Russia can supply or withdraw its forces in the territory it has occupied west of the river,” it added. “Control of Dnieper crossings is likely to become a key factor in the outcome of fighting in the region.”

The Ukrainian attacks on the bridge in Kherson come as the bulk of the Russian forces are stuck in the fighting in Ukraine’s eastern industrial heartland of Donbas where they have made slow gains facing fierce Ukrainian resistance.

Russian Defense Minister Sergei Shoigu inspected the troops in the east, ordering them to act more aggressively to down Ukrainian drones and prevent Ukraine’s army from shelling the areas that have been taken by Russian forces.

Russia’s ground advance has slowed, in part because Ukraine is using more effective U.S. weapons and in part because of what Russian President Vladimir Putin has called an “operational pause.” Russia has been focusing more on aerial bombardment using long-range missiles.

Ukrainian officials voiced hope that Kyiv could drain the Russian military resources in the fight for Donbas and then launch a counteroffensive to reclaim control of the Kherson region and parts of the Zaporizhzhia region that the Russians seized early in the war.

With indications that Ukraine is planning counterattacks to retake occupied areas, the Russian military in recent weeks has targeted the Black Sea port of Odesa and parts of southern Ukraine where its troops captured cities earlier in the war.

Kherson — site of a major ship-building industry at the confluence of the Dnieper River and the Black Sea near Russian-annexed Crimea — is one of several areas a U.S. government spokesman said Russia is trying to annex. Following months of local rumors and announcements about a Russian referendum, White House national security council spokesman John Kirby said Tuesday that U.S. intelligence officials have amassed “ample” new evidence that Russia is looking formally to annex additional Ukraine territory and could hold a “sham” public vote as soon as September. Russia is eyeing Kherson as well as the entirety of the Luhansk and Donetsk oblasts.

“Russia is laying the groundwork to annex Ukrainian territory that it controls in direct violation of Ukraine sovereignty,” Kirby said in Washington.

Kirby also said the White House is expected to announce more military aid for Ukraine later this week. The aid is expected to include more HIMARS systems, a critical weapon Ukrainian forces have been using with success in their fight to repel Russian troops.

Follow the AP’s coverage of the war at https://apnews.com/hub/russia-ukraine