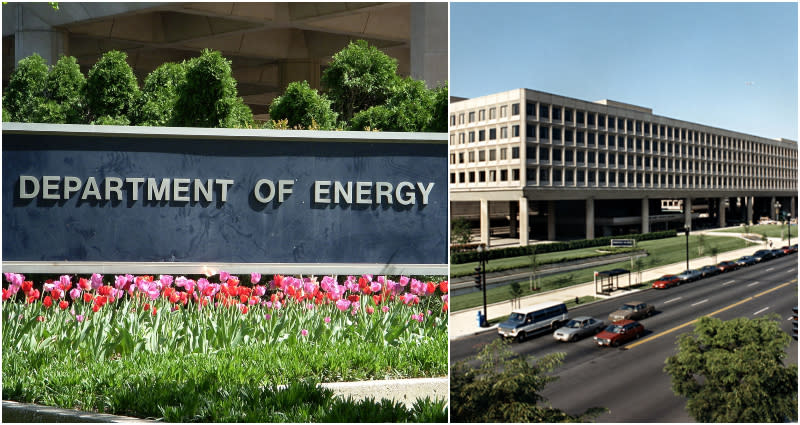 The U.S. Department of Energy (DOE) gave China the rights to a green battery capable of powering an entire house for decades which cost millions of tax dollars to develop, according to a new report.

Designed at a U.S. government lab near Seattle, the vanadium redox flow battery was manufactured by a company in Washington state called UniEnergy Technologies until last year, when a DOE license transfer effectively sealed its fate to a Chinese company.

The revelation comes from NPR, which investigated the matter in partnership with the Northwest News Network. They found that the DOE violated its own licensing policies.

“This is technology made from taxpayer dollars,” Joanne Skievaski, chief financial officer of Forever Energy, one of several U.S. companies that have been trying to obtain the license, told NPR. “It was invented in a national lab. [Now] it’s deployed in China, and it’s held in China. To say it’s frustrating is an understatement.”

The battery’s origins date back to 2006, when some two dozen scientists in the basement of the Pacific Northwest National Laboratory thought that a special mix of acid and electrolytes could hold vast amounts of sustainable energy. They eventually proved their suspicions, leading to six years of development and over $15 million in taxpayer dollars to perfect the battery.

Gary Yang, who led the project, reached the DOE in 2012 to apply for a license to manufacture and sell the battery. The agency issued the license, and Yang started UniEnergy in the Washington city of Mukilteo.

But Yang would soon find it difficult to convince U.S. investors, who all wanted faster returns, to join his venture. After eventually being connected by a fellow scientist to a company called Dalian Rongke Power Co. Ltd., its parent company and a Chinese businessman named Yanhui Liu, he scored an investment.

However, the next several years saw a gradual shift in manufacturing from UniEnergy’s Mukilteo warehouse to Rongke Power in Dalian, China. By 2017, Yang granted the Chinese company an official sublicense, which allowed it to manufacture the batteries on its own.

Yang’s original license required UniEnergy to sell a certain number of batteries in the U.S., which must also be made in America. NPR said Yang admitted to failing to meet such requirements, but he did not face any issues. By 2019, Rongke Power — and China’s entire battery industry — had improved so exponentially that UniEnergy engineers were told that they would have to work there for months.

But Yang refused to send his employees to Dalian and continued to struggle to stay afloat in the U.S. In 2021, he made the decision to transfer the license to Netherlands-based Vanadis Power, which planned to continue making the batteries in China, set up a factory in Germany and eventually move manufacturing in the U.S.

It was in this license transfer that cracks in the DOE began to show. After a UniEnergy official contacted a government manager at the Pacific Northwest National Laboratory to inform them of the Vanadis deal, it took a mere hour and a half to transfer the license.

“Whether the manager or anyone else at the lab or Department of Energy thought to check during that hour and a half or thereafter whether Vanadis Power was an American company, or whether it intended to manufacture in the U.S., is unclear,” NPR noted. “Vanadis’ own website said it planned to make the batteries in China.”

The Government Accountability Office reportedly found in 2018 that the DOE lacked the resources to monitor its licenses. The agency also had inconsistent policies, used outdated computer systems and acknowledged that they rely on “good faith disclosures” when conducting reviews, NPR reported.

Forever Energy, which is based in Bellevue, Washington state, raised the concerns about UniEnergy’s non-compliance. But although the DOE revoked the latter’s license, Rongke Power has already become the world’s top manufacturer of vanadium redox flow batteries.

“It was beyond promise,” Chris Howard, one of UniEnergy’s engineers, told NPR. “We were seeing it functioning as designed, as expected.”

This meteoric rise can be attributed to the Chinese government’s support of Chinese companies. Additionally, it has also honed ties with countries where lithium is mined.

“The policies allowed them to build the foundations of an electric vehicle supply chain,” Albert Qi Li, a China-based analyst for Benchmark Mineral Intelligence, told Grid. “Now they are leveraging that position to become a global power.”