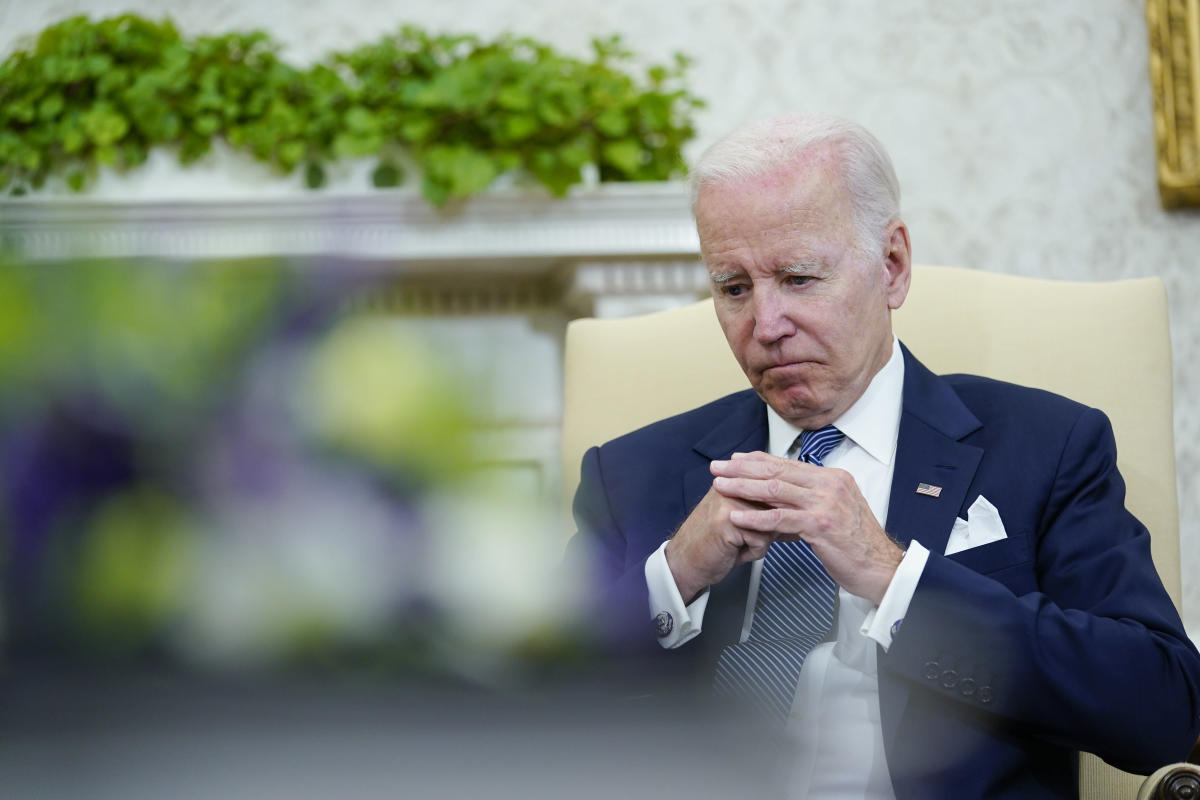 Updated guidance assuring doctors they can perform abortions in emergencies. A “first step” executive order critics say didn’t go far enough. But perhaps most prominently, a stalemate seemingly across the federal government, as Democrats both lack the votes to codify changes and fear rocking the boat under a conservative Supreme Court.

That’s the state of the fight over abortion access in America nearly three weeks after the reversal of Roe v. Wade.

The Biden administration advised doctors on Monday that they’re protected by federal law if they end a patient’s pregnancy in an emergency circumstance, even in states with increasingly restrictive laws. President Joe Biden also signed an executive order on Friday asking his health department to expand access to medication abortion coverage and provide lawyers to people who could face criminal charges for seeking or providing abortions, among other guidance.

Still, many progressives and abortion providers expressed worry that these measures wouldn’t do enough to reduce the impact of state restrictions.

“Maybe the reality is there really is nothing that can be done federally. If so, that should terrify everyone,” Robin Marty, the operations director of the West Alabama Women’s Center, said last week.

The overall effect? An impasse among Democrats at the highest level of government, especially in moving beyond relatively incremental protections.

Here’s more on what the deadlocked fight for abortion access looked like over the past seven days.

This week, Democrats on Capitol Hill will respond to immense pressure to act quickly on abortion rights legislation. In recent weeks they’ve faced pressure — from constituents up to the White House — to contest the Supreme Court’s decision, leading Democrats to draw up legislation addressing the issue.

But their efforts will likely prove futile, and they know that.

The votes are essentially doomed once they face the evenly divided Senate, where the 60-vote threshold to pass legislation likely won’t breach widespread Republican opposition to abortion. On the table this week are bills that would protect the right to travel for abortion services and another that would explicitly give health care providers and patients the right to perform or obtain an abortion.

So, what’s the point? The move signals to Democrats’ base that they’re willing to stand up for their values while painting Republicans as out of touch with popular opinion on abortion rights.

In a letter, Majority Leader Steny Hoyer told colleagues that leadership would look into more legislative steps. House Democrats also plan to bring more abortion rights legislation up soon, including measures that would protect the privacy of patients’ health records, which some fear could be used by law enforcement to track pregnancies and enforce restrictions.

Since Roe was overturned, progressives have pressed the president to flex the executive branch’s powers to protect abortion. But Biden’s legal team has come to terms with a harsh reality: Any sweeping action defying the Supreme Court’s decision would likely be struck down by, well, the court.

Almost all options the White House has tried or considered risks drawing a court challenge, administration officials and legal experts said. Officials are still trying to find the path of least resistance to protect abortion rights three weeks after they were stripped federally. Meanwhile, Biden himself has downplayed his ability to enact protections, calling on Congress to pass legislation and for voters to elect Democrats in the November midterms.

“I know it’s frustrating and it made a lot of people very angry,” Biden said in a speech on Friday. “But the truth is, and it’s not just me saying it … when you read the decision, the court has made clear it will not protect the rights of women.”

Though Biden’s hands may be tied, critics continue to level blame at the administration for not preparing for this moment. Steps could’ve been taken months before to consider the legality of enacting abortion protections, they argue. After all, the possibility of Roe being overturned has been discussed for years, including during each of the confirmation hearings for the three justices appointed by President Donald Trump.

Echoing calls by Biden in recent weeks, Vice President Kamala Harris directly called on Congress to act on protecting abortion access, accentuating the finger-pointing among Democratic legislators on who is responsible for — and capable of — passing protections following the highest court’s decision.

“So what does this mean?” Harris said in an interview with CBS’ “Face the Nation.” “It means that we’re looking at elections coming up in 120-something days, they’re going to be about who serves in Congress and we need a pro-choice Congress.”

She stressed the need for voters to consider candidates lower on the ballot who support abortion rights, rather than focusing solely on more prominent legislators. The court’s decision last month allows states to decide whether to maintain abortion protections or enact outright bans, which several have already penned into state law.

“You don’t have to advocate or believe that this is right for you or your family, but don’t let the government make the decision for her family, whoever she may be,” Harris said. “It means state offices, governors, secretaries of state, attorneys general. It means local races, who’s going to be your DA, who’s going to be your sheriff, enforcing laws that are being passed to criminalize medical health providers, and maybe even the women who seek the service.”

Along with the criticism faced by the Biden administration for not being aggressive enough on protecting abortion access, Democrats in Congress have faced criticism in recent weeks for not codifying Roe into federal law when they controlled the White House, the House of Representatives and the Senate under President Barack Obama.

Some members of the bipartisan commission that explored the Supreme Court’s structure and composition six months ago told POLITICO they now wished the Biden administration had considered more aggressive reforms, including court expansion.

The commission’s actual recommendations were moderate, and didn’t include adding more seats to the court. But some members who advocated for expansion said the court’s recent decisions vindicated their beliefs.

“This is absurd. Of course, there’s something we should do,” said former U.S. District Judge Nancy Gertner, who served on Biden’s commission. “When you read the draft … and then you watched as the court did whatever it wanted to do. I changed.”

Biden’s allies pushed back, arguing it’s not worthwhile to spend political clout on something without clear majority support from the public or congressional Democrats.

“[A]dding justices — which even the strongest advocates for can’t ballpark the support level of in Congress — would distract from the only path that is essential to restoring Roe, which is congressional action once we have enough votes,” a Biden ally told POLITICO. “He’s focused on delivering results in real life.”

[Read more: Biden’s court commission appointees: We told you so on expanding the court]

And finally, some Democrats in Congress are looking to alter annual defense legislation to protect abortion access for service members. A proposed amendment to the National Defense Authorization Act would loosen restrictions on abortions at military medical facilities, and on Pentagon funding for abortions.

Rep. Veronica Escobar, a Democrat from Texas, said her office was “inundated with calls from women service members” from outside states who found themselves based in Texas — where abortions are illegal.