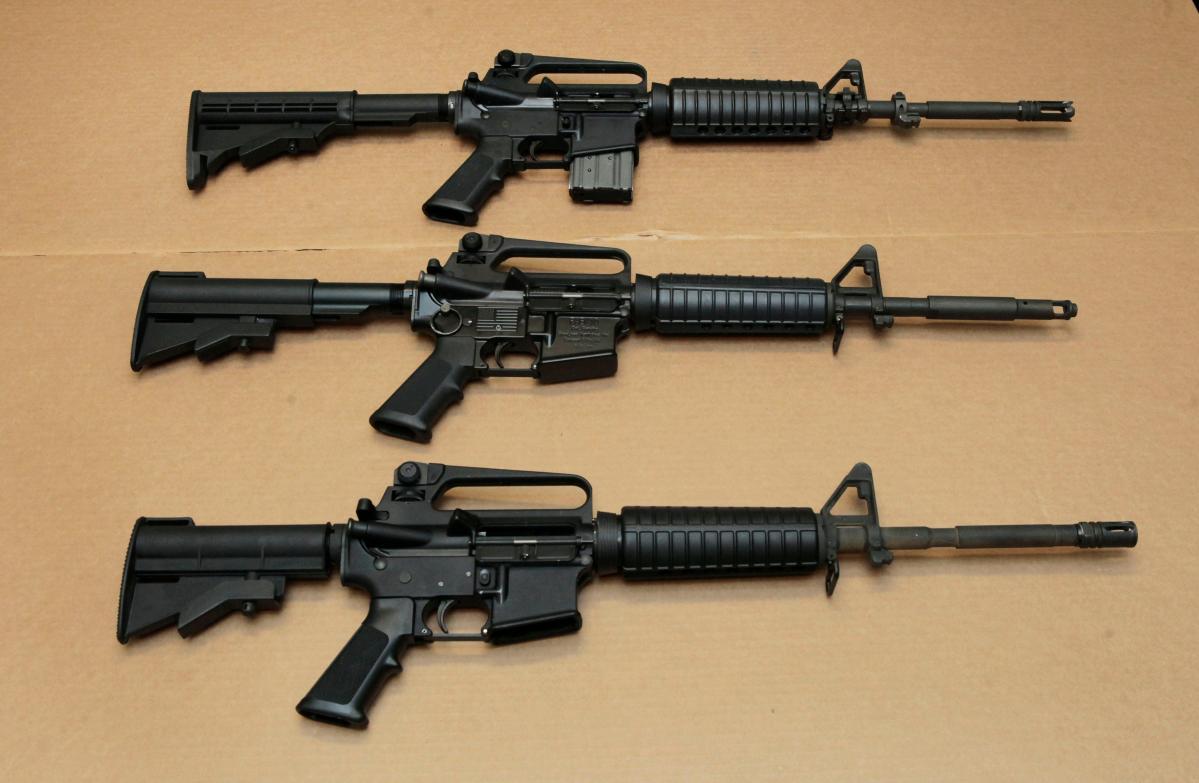 WASHINGTON – The House on Friday passed a bill that would ban assault weapons following a summer of deadly mass shootings that reignited calls for increased gun control.

Though the measure passed mostly along party lines, two Republicans and five Democrats broke with their parties on the vote, according to the official tally.

Assault weapons have been used in numerous mass shootings, including killings this year in Uvalde, Texas ,and Buffalo ; Parkland, Florida in 2018; Las Vegas in 2017; and Newtown, Conn. in 2012.

There is no vote yet scheduled in the Senate on the assault weapons ban, though the measure is not expected to pass the chamber. At least 10 Republican Senators would have to join all 50 Democrats to overcome a filibuster.

Here’s what we know about why the seven House members broke ranks on the vote.

Related video: The background check process and why it sometimes doesn’t work

Republicans voting in favor of the bill

Republican Reps. Brian Fitzpatrick of Pennsylvania and Chris Jacobs of New York cast votes in favor of the ban alongside 215 of their Democratic colleagues.

Jacobs, whose western New York district includes suburban Buffalo, announced in June he would not seek reelection as he faced backlash for his support of gun control measures.

He said in a prepared statement that while he “strongly” supports the Second Amendment, he does not support “easy access to high-powered semiautomatic weapons and large capacity magazines that have time and time again resulted in mass casualty shootings.” The Uvalde shooting spurred him to support an assault weapons ban, he said.

“We have a duty to provide for the safety of all Americans,” Jacobs said. “These weapons do not belong in our communities. While this bill is not perfect, I believe it will save innocent lives.”

Democrats voting against the bill

The five Democrats to vote “no” on the bill alongside 208 Republicans were Reps. Henry Cuellar of Texas, Jared Golden of Maine, Vicente Gonzalez of Texas, Ron Kind of Wisconsin and Kurt Schrader of Oregon.

James Rivera, a spokesperson for Gonzalez, told USA TODAY that while Gonzalez supports other gun control measures, a ban on assault rifles doesn’t solve the problem.

“There are tens of millions of assault rifles already in circulation across America, many of them are used by responsible gun owners for hunting in South Texas,” Rivera said. “And a ban on some of those models will do nothing to reduce overall risks. Our focus should be on keeping guns out of the hands of people who are a danger to themselves or others.”

Kind said in a prepared statement that while he also supports some gun control measures, the bill was “hastily brought” to the House floor, leaving him no opportunity to study it or consult with Wisconsin law enforcement groups and his constituents. He also raised concern over the current legislation’s definition of assault weapons, fearing too broad a definition might lead to a “crack down” on other guns.

This article originally appeared on USA TODAY: 7 House members broke with their party on the assault weapons ban